A blue bayou of runners for CASA

We’re going back Saturday, come what may to the CASA Blue Dress or Dress Blue Run-Walk. What came last year was a global pandemic, which caused the even to be cancelled.

The 37the Judicial CASA is a volunteer program providing a consistent voice for child victims of abuse and neglect in Howell, Shannon, Oregon and Carter counties in southern Missouri.

Inspired by the Hash House Harriers, who host Red Dress Run each year in New Orleans, the 37th Judicial CASA of West Plains will host a Blue Dress or Dress Blue Run-Walk to “wipe out child abuse and neglect.”

The event will offer a 5K walk/run and a 1-mile fun run/walk, with all proceeds benefiting CASA ahead of April’s Child Abuse and Neglect Awareness Month.

Runner fees are as follows:

Children younger than 5 may participate for free.

Those interested in donning a blue dress — or dressing in blue — for the cause can preregister until April 15 by emailing casa.office@37thcasa.net, calling 255-2100 or signing up in person at 101 Washington Ave. in West Plains.

Runners can also register by 9 a.m. the day of the race at Wages Brewing Company.

This promises to be a fun-filled day and a great opportunity to support a vitally important organization.

Zizzer track riding the lightning in 2021 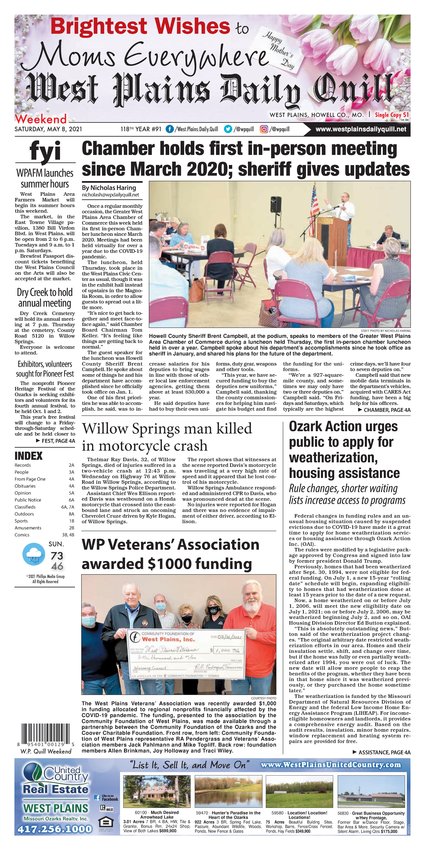