WASHINGTON – U.S. Senators Roy Blunt (Mo.) and Amy Klobuchar (Minn.), Ranking Member and Chairwoman of the U.S. Senate Committee on Rules and Administration, announced that President Biden signed into law a bill (H.R. 3325) to issue Congressional Gold Medals recognizing the service and sacrifice of the U.S. Capitol Police and other law enforcement officers who defended the Capitol on January 6.
“The Congressional Gold Medal is a fitting honor for all of the law enforcement officers, including the U.S. Capitol Police and Metropolitan Police Department, who defended the U.S. Capitol on January 6th,” said Blunt. “This medal not only recognizes their courage and dedication, but also stands as a symbol of our deep appreciation for all they do to protect and serve. We are grateful to them and their families for the sacrifices they make every day. I appreciate Senator Klobuchar’s partnership in this effort and the unanimous support of our Senate colleagues in getting this bill passed and signed into law.”
“On January 6th front line law enforcement officers performed heroically under unimaginable circumstances. They defended not only the Capitol, but our democracy itself,” said Klobuchar. “In the aftermath of that dark day, the President’s signing of this bill is an important step to recognize their patriotism and sacrifice as we work to move our democracy forward.”
Blunt and Klobuchar introduced the Senate version of the bill and led efforts to get H.R. 3325 unanimously passed by the Senate earlier this week. The legislation authorizes the medals honoring law enforcement to be awarded for display by the U.S. Capitol Police and the District of Columbia Metropolitan Police Department, as well as in the Capitol and the Smithsonian Institution. 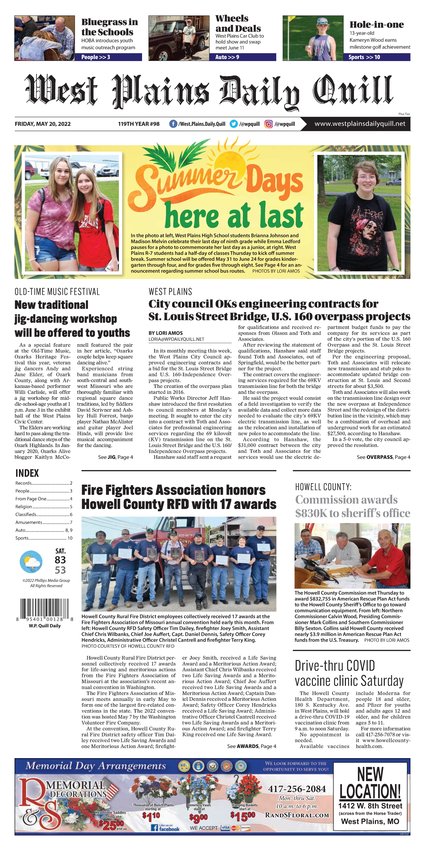