Meaningful change starts with us

I am thinking right now of the impact I want this column to have. I want the power of my words to start conversations in our own community.”
By Abby Hess

Little did I know when I wrote last week’s column inviting readers to share their memories of their senior year in high school that I would have cause to stop and think about a particularly meaningful memory of my own.

I finished up the day’s edits for the high school yearbook, for which I was “editor at large,” a title my advisor created for me so I could remain involved while also taking a course load laden with inflexibly-scheduled Advanced Placement classes. I don’t remember the actual process of leaving school, but on typical days, it involved hanging out with the other kids in the parking lot and goofing off while waiting for the worst of the traffic to thin out.

I drove myself home, plopped my backpack down in my room, and settled in the living room with a snack in front of the TV. I don’t remember if my mom was already there watching the news, or if I turned on the TV and the channel was already set to the news.

In fact, about all I remember is sitting there, in my mind’s eye, completely alone in a tunnel, just me and the tear-streaked, panicked faces of teens my age on the screen in front of me.

It was a sunny day in Littleton, Colorado, too.

And the kids looked just like me. They looked like my friends. And something catastrophic had just happened and I couldn’t process any of it: Two boys in trench coats gunned down their classmates and teachers, ultimately killing a dozen students and one educator before turning the guns on themselves and taking their own lives. In the process, many others were hurt, physically and psychically scarred for life.

And they were boys.

They were not men, they were boys.

And those kids they killed? They were children on the cusp of adulthood, just like me.

In the days that followed, I learned that one of the dead was a cousin of a close friend of mine at my own school, a Catholic college preparatory high school in Hays, Kansas.

My friend, Lisa, was a residential student whose home was five hours away, in Colorado, in a Denver suburb not far from Littleton. She was close to her cousin, and she’d already been struggling with missing her family and being so far away from home prior to the massacre.

So it was no surprise to me that she missed school the rest of the week. And I was glad for it once the next day rolled around.

At our school, Mass was celebrated on Wednesday mornings and all students were required to attend. I don’t remember what specifically was said that made me so angry, but I was feeling particularly sensitive and protective of my friend, and it seemed to me that the adults had missed their mark.

Everywhere around me, faculty and students were struggling to process this horrific and unprecedented event, and in so doing, offering empty platitudes and thoughts and prayers, and it just…. It bothered me.

It bothered me so much that I wrote a scathing letter to the editor of the high school newspaper that ended up being printed as a guest column.

I took my role as a senior seriously and believed that as an older student, I had the responsibility to be a leader among not just my own peers, but the school as a whole, and boy, did that letter show it. I may as well have been a teacher, myself, chastising 672 students.

I know now, looking back and having lived through two decades filled with traumatic news stories, that no one knew the right things to do or say, then. It was not just awful, it was novel and we’d never seen anything quite like it before.

And for those of us seniors reeling from the shock that it could have been us, that graduation day a month away could have been a memorial service; and for the younger students left wondering, “Could that happen again? Here?” it was hard to find our footing to keep moving forward.

For teachers and spiritual leaders who are expected to know all the answers, having to face the reality that this time, they didn’t, empty platitudes filled a kind of void.

And for friends of Lisa’s who wanted to protect her already-tender heart from the ugliness of the world before all of this, it was time to put words to action — but what kind of action does a 17- or 18-year-old kid feel empowered to take?

Ironically, my action was to write words. But those words started a conversation that could be heard in the hallways and the classrooms, and at least within the walls of my own home, where my dad, principal of the same high school I attended, gently poked and prodded my brain to challenge me to refine my argument.

I found out many years later that he had saved that letter to the editor I’d written and stashed it in a keepsake file where he stores all my most treasured creations from my childhood. That discovery helped me understand something very important about myself: My words have power, and sometimes words can be action enough.

Because I know, without him ever telling me, that my dad kept that piece of my writing — and all of the conversations that surrounded it —  in his mind any time he had to deal with a hard situation involving a student, as a teacher or administrator. And it’s funny to think about, because if not for him, I never would have written those words.

I am thinking right now of the impact I want this column to have. I want the power of my words to start conversations in our own community.

Because it could. We cannot kid ourselves. It absolutely could happen here.

Unless we, the community, sees to it that it does not.

So what does that look like, dear readers? I want to hear it from you. Beyond “thoughts and prayers,” “beyond policy and change,” how do we address our youth’s needs and keep them safe and healthy?

Let the conversation begin here with us, and then, let’s follow that with honest, sincere, compassionate action.

In closing, I’d like to share the prayer I turn to when my heart is tender and sore and angry at the world for being so unforgiving at times:

This prayer, St. Francis of Assissi’s Prayer for Peace, is my own personal call to action.

The Philanthropist: A Note from Brian

Commentary: The rule that never ends 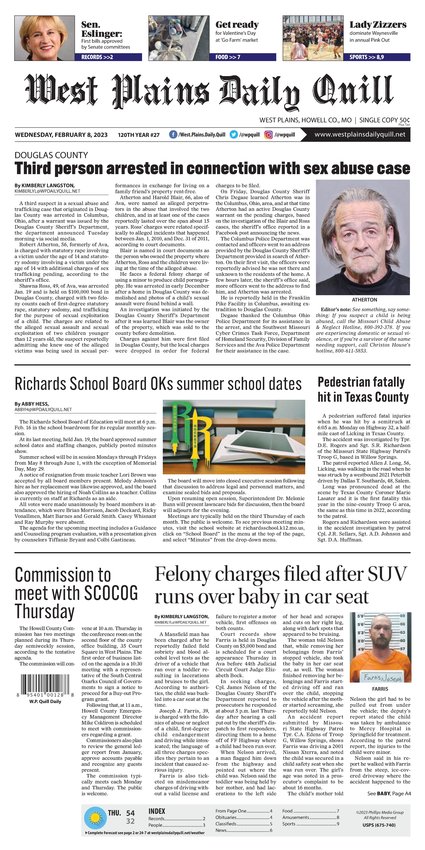