“There are a lot of reasons that bring us all to the table,” said Show-Me Cannabis board member Amber Langston. “Things are changing.”

On Monday evening she and four other panelists spoke to a crowd of about 70 people who filled a meeting room at the West Plains Civic Center to hear discussion related to the reform of cannabis laws in the state of Missouri. That reform includes a proposed initiative to legalize cannabis, in all its forms including hemp and marijuana, which could appear on the 2014 or 2016 ballot.

“I became involved because of hemp and its industrial use. Missouri used to be the second largest producer of hemp before its prohibition. At first I didn’t think marijuana should be legal, but as I learned more, I came to the conclusion that what we’re doing is not working,” said Langston who is a West Plains native currently living in Columbia.

More and more people are coming to that conclusion. “Polls show 58 percent of Americans believe cannabis should be legalized,” she said. Twenty states have medical marijuana laws in place. Washington and Colorado allow marijuana use for medical and non-medical purposes.

On the organization’s website Show-Me Cannabis is described as “an association of organizations and individuals who believe that cannabis prohibition is a failed policy, and regulating cannabis in a manner similar to alcohol would better control the production, distribution and consumption of cannabis than the current criminal market system does.”

To address the issue of how “it’s not working,” the other panelists offered their views. John Payne, executive director of Show-Me Cannabis said, “It’s not a matter of whether marijuana is good or bad. I think it’s both. But bad habits should not be a matter of the law. If you’re endangering others with your habits that is against the law.

“You cannot prohibit your way out of an issue.” He used the prohibition of alcohol in the U.S. from 1920 to 1933 as an example, saying its main accomplishment was to promote crime. The prohibition of marijuana is currently doing the same thing, he said, with drug gangs creating dangerous and deadly environments. “We have support from more and more law enforcement officials starting to show up. We’re starting to have more conservative support. It’s a growing movement.”

PAYNE: SYSTEM IS RIFE WITH ABUSE

He said the system in place is rife with abuse. He told of Missourian Jeff Mizanskey who is serving a life sentence without chance of parole because of marijuana possession. “He’s been in prison 20 years and will be until he dies unless he gets clemency. He had never previously been to jail and had never committed a violent crime, but he was sentenced under Missouri's ‘prior and persistent drug offender’ law, which allows judges to order life sentences for third-time felons, even for nonviolent drug charges.”

Payne said the economic impact is also an important part of the equation. “About 20,000 people are arrested every year in Missouri for possession of marijuana and that costs the state an estimated $149 million every year. He cited a Harvard University/Cato Institute report which estimated that legalizing marijuana in Missouri would save about $90 million in government expenditure and could yield roughly $59 million in tax revenue annually.

MEDICAL USES AND ONE MAN’S STORY

Missouri Cannabis Reform activist Daryl Bertrand spoke of his experience with medical marijuana. He said, “Cannabis saved my life and prohibition ruined it.” After being diagnosed with a spinal disorder which caused him extreme pain, he first turned to physician-prescribed pain killers which led to liver failure. “I had to find something else,” he said.

He went to Colorado and obtained cannabis seeds which he brought back and planted at his home in Ozark. He said with his use of marijuana through a vaporizer, and with chiropractic care, “I was able to work and pay taxes and function. But I had a slip and fall accident in 2008 and I broke my back.” The injury led to two spinal fusion surgeries. “Four days after my second surgery I had a SWAT team raid and it snowballed from there. They charged me with distribution. They later dropped the charges, but didn’t publicize that.

“I have a label as a felon. They charged my wife, who never smoked, and she’s a felon. I tried to keep my business going, but with the bad press I couldn’t do it. Now I’m disabled. And my wife who has a college education works for minimum wage for a temp service.

“I’m not the only one in the state who has had something like this happen. But when I signed the paper regarding the terms of my probation I didn’t sign away my right to free speech. So I’m going to stay active. I’m going to keep up the good fight,” said Bertrand.

Retired judge David Dunlap, West Plains, spoke of the history of cannabis criminalization. He said in 1970 an effort was made to make the criminal law policies more fair. Congress passed the Controlled Substances Act, which classified different substances according to harmful or addictive qualities.

He said, “There was one sticking point in the act of 1970 and that was the classification of cannabis. It was temporarily made a Schedule I drug, along with heroin and cocaine. The act was passed with the proviso that a commission would be formed to study and investigate further the potential effects of marijuana use.”

Dunlap said even before the commission issued its report, President Richard Nixon made it clear that no matter what the outcome of the report, he was going to keep it as a Schedule I drug. In 1972 the commission's chairman, Raymond Shafer, presented a report which favored decriminalizing marijuana, but Nixon said no.

“It was really a war of generations and it was politically convenient for Nixon to declare his war on drugs,” Dunlap said. From a legal viewpoint, because drug abuse is not defined and for other reasons, “You can’t enforce laws on cannabis without trampling on the Constitution,” he said.

West Plains resident Terry Hampton, a Daily Quill staff writer, took part in the discussion. She expressed her personal views with regard to the legalization of cannabis and told the audience she was not speaking as a representative of The Quill.

“There is incredible hypocrisy in this country associated with this issue,” said Hampton. She said she has never used marijuana but finds it difficult to “cast the first stone” at those who do. She said those who smoke cigarettes, drink alcohol, use caffeine, take over-the-counter, or prescription medication, or who overeat, or consume foods widely known to be unhealthy have no room to judge those who use marijuana in moderation as numerous studies have shown it to not only to be not dangerous in moderation, but to be as safe, or safer, than many other substances legally consumed. “We’ve been sold a lie that cannabis is bad. It is a naturally occurring plant with medicinal properties and industrial uses.

“Lives and families are destroyed because of this country's cannabis laws. Not because of its use, in many cases but because of what can happen to people through the injustices of the legal system,” she said.

When the floor was opened for questions and comments, no one spoke out against the proposed measure. Several asked how they could become more involved in helping the movement.

One audience member questioned the wording of the ballot initiative. “Missouri is a unique state. We’re not as interested in what’s happening in other states. We want to know what we’re voting on.”

Payne said public input will be sought on one of several proposed initiatives which are being reviewed by the Secretary of State and that the language will be widely available prior to a vote.

“We want transparency and accountability,” said Langston. “And whether we do it in 2014 or 2016, we’re going to get this done. We’ve had nothing but overwhelming support.” 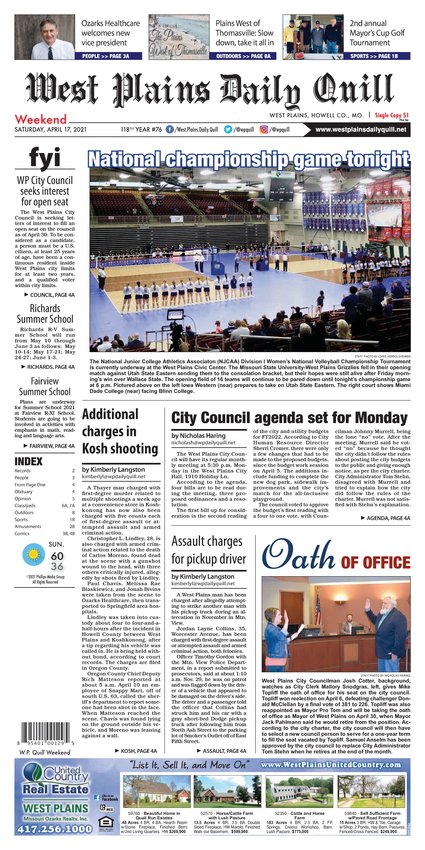