The Old-Time Music, Ozarks Heritage Festival was held Saturday and despite being scaled back to a one-day event and the threat of rain in the evening, the event was well-attended, according to event organizers.

The 2020 festival had been canceled due to the COVID-19 pandemic.

“I think one of our vendors summed it up the best: ‘I think this year’s event was more stabilizing to people’s minds than we’ll ever know, as we strive to regain normalcy.’,” said festival organizer Paula Speraneo. “West Plains Council on the Arts appreciates all the support from our community in helping make this happen in a very short period of time.”

She added that they don’t have any specific numbers on attendance, the consensus among her and the organizers was that it was well-attended by members of the local community as well as several people from out of state.

Though this year’s festival took place on one day, instead of the three that had been common in the past, all the usual fare was available. From bluegrass and gospel to jig dancing to workshops on how to cook traditional Ozark foods.

The Hirsch Feed & Farm Supply Mule Jump Competition, a big draw for many to the festival, was held again this year. Only four mules competed in two categories: large and small mules.

First up was the large mules, with mules Nixie and Kitty jumping both jumping over a bar 50 inches above the ground, much to the delight of spectators.

Kitty won this event, by clearing 54 inches. Her owner is Jerry Nelson of Centerville.

In the small class, mules Pedro and Baxter competed against each other. This event was more competitive with both mules having been Missouri State Champions before. Pedro having won It once and Baxter, a 32-year-old mule winning it 15 times before.

Both animals jumped over their own height, but in the end it was Pedro, owned by Ritchie Dement of Centerville who was able to pull out the win. His mule jumped 60 inches, just one and a half inches below his personal record.

Outside, music filled the air thanks to musicians such as the Colbert Brothers, Bona Fide String Band, One More Dollar, Sisco & Alexander, McAllister & Lansford, Alvie & Friends and Shortleaf. The last band for the evening, The Creek Rocks, had to play inside the Civic Center due to concerns for rain potentially moving into the area.

Other musicians provided workshops, such as a old-time banjo lesson by Van Colbert, Duane Poterfield demonstrating the mountain dulcimer, a fretted string instrument originating from the Appalachian region, Shortleaf provided both fiddling and mandolin demonstrations and David Scrviner & Ashley Hull Forrest did a workshop on Ozarks fiddling.

In addition, there were pie competitions, cooking demonstrations, including one titled “1918 Flu Pandemic: What Were Americans Eating?” 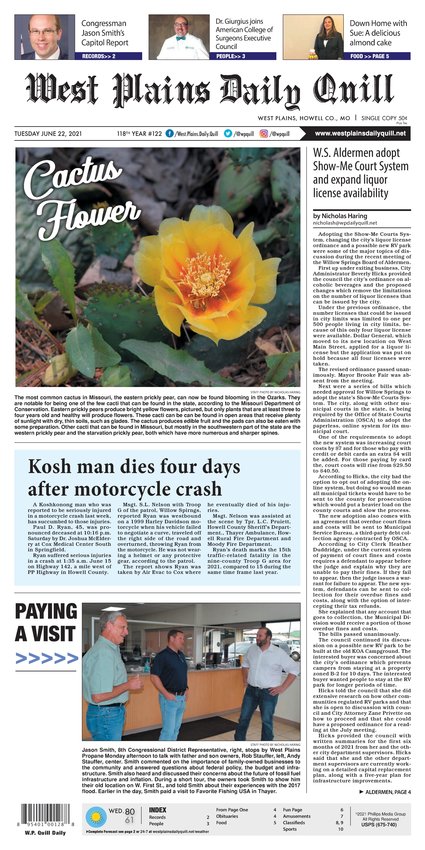