I laughed in disbelief at the audacity of Senator Josh Hawley's column in  last Wednesday's paper.
I'm not inclined to take advice on Patriotism from a man who actively sought to upend  the Constitutional  process of a joint session of Congress, assembled to formalize the Electoral vote count and the victory of Joe Biden.
For weeks he stoked the false belief, with zero evidence, that the election was stolen. We all saw his fist-in-the-air salute to the insurrectionists who stormed the Capital Building.
Perhaps to distract us from this memory,  Hawley is now promoting the ridiculous argument that unless we threaten schools with a denial of funding they will surely be tempted to teach that the Declaration of Independence, Constitution, and Pledge of Allegiance are the product of white supremacy! I can't seem to find anyone for real who is promoting such an outlandish notion, but it serves him to plant more seeds of division and set himself up as a champion of  the Constitution. What a joke. If only it were funny.

Lawmakers are trying to silence Missourians 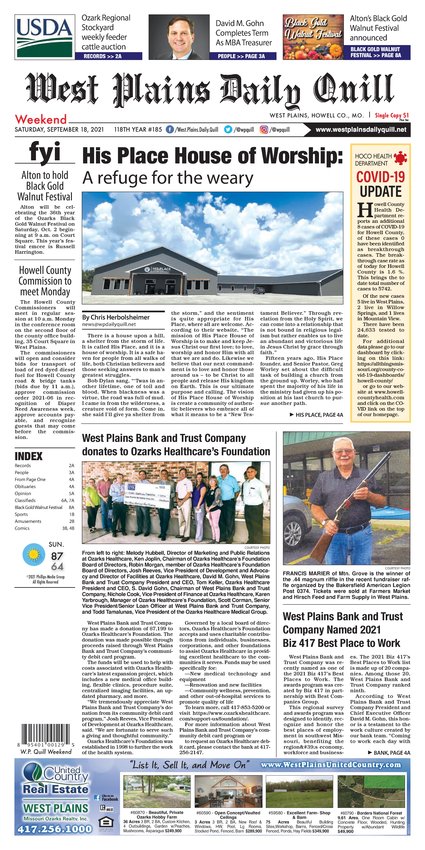