Bill was a United States Army Veteran who proudly served his country. On Aug. 15, 1960, Bill married Karren Sue Sykes, the love of his life in Granite City, Ill., and Karren passed away on April 21, 1995. He had retired from Granite City Steel after 45 years of dedicated service. Bill was a 32nd Degree Master Mason and a Past Worshipful Master with Masonic Lodge #877 in Granite City, Ill. He was also a Shriner and member of the Rolling Nobles with Ainad Temple in East St. Louis, Ill. While living in West Plains, Mo., Bill became a member of the Elks Lodge and the AMVETS. He was an outdoorsman who enjoyed fishing and hunting. On his small farm, Bill raised chickens and goats and he named each of his goats. His greatest joy was spending time with his family and friends. Bill loved life, he loved to laugh, but most of all he loved his family. He will be sadly missed by all who knew and loved him.

In addition to his parents and wife, Bill was preceded in death by two sisters, Maggie Smith and Faye Edwards and by one brother, Truman Jackson.

In celebration of his life, funeral services will be held at 10:30 a.m. on Thursday, March 16, 2017, at Irwin Chapel, with Rev. Charles West officiating. Interment will be in Jefferson Barracks National Cemetery, with full military honors conducted by the United States Army.

Memorial donations may be given to American Cancer Society and donations will be accepted at the funeral chapel.

Condolences may be expressed to the family online at www.irwinchapel.com. 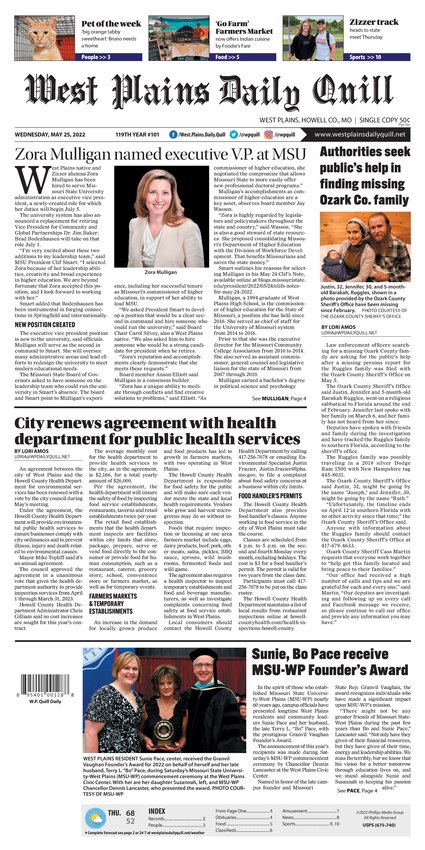